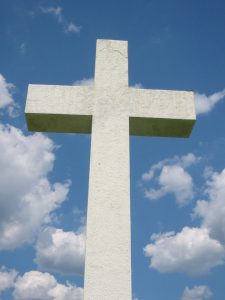 The rate of decline in the number of people who identify themselves as Christians has been on a sharp drop in America. On the contrary, people with non-Christian affiliations have been on the rise as well as the pagan societies.

Over the years, reports have shown that Christian community in America has dropped from the original 78.4% in the year 2007 to 70.6% in the year 2014, a decline of eight percent in seven years. At the same time, the population of unaffiliated persons rose from 4.7% to 5.9% within the same period. This group mainly represents the atheists and individuals who have no religious faith or standing, accordance with a Religious Landscape study which was conducted by The Pew Research Centre in 2014.

It is evident that the number of people who hold religion close to them is reducing, with the associate director of the Pew Research Centre, Greg Smith, further adding that the increase in non-affiliated persons also comes with an increase in secularism.

The number of mixed-religion marriages in the U.S has also grown rampantly from nineteen percent before the 60s to thirty-nine percent (almost four in ten marriages) in 2010. An advisor to the Religious Landscape Study, John C. Green, who was also a political science student, stated that the American religion has adapted to change just like the other parts of its life. Then added to say that it did not mean all are happy about the matter.

The study also shows that the non-affiliates are mainly composed of the younger generation, with the median age of the non-affiliates being 38. And despite late marriages in comparison to their precedents, they don’t grow more religious with age.

The median age of the Christian religion population, however, shows different trends as the more secular generation becomes religious over fifty years old. 50% of mainline Protestants are over the age of 52; higher than the median of 50 in 2007. The average age for the Catholics rose from 45 to 49 percent in 2007.

Currently, 56 million is the total number of religiously unaffiliated persons in America, having increased by 19 million from the year 2007. The shrink of Christianity constitutes the high number of who Catholics abandon their faith.

With a similar rate to that of secular individuals, non-Christians believers have risen in levels, though the religion with the highest growth was Islam, whose percentage points increased from 0.4% in 2007 to 0.9% in 2014.

Hinduism among other faiths had an increase of 0.3 points and made up 0.7% of the American population. The other denominations, such as new age religions and Unitarianism constitute 1.5% of the population with the biggest non-Christian faith being Judaism, which represents 1.9% of the general mass.

Pew’s Research Institute covered more than 35,000 Americans between June and September, with an error margin of minus or plus 0.6% points.